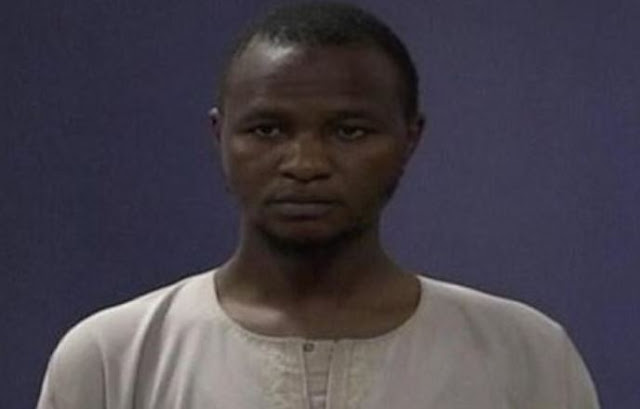 The fake videos had been viral on the social media space between August and October last year.

Parading the suspect at the DSS National Headquarters on Friday, the Public Relations Officer, Dr Peter Afunanya, said an investigation was launched, following a formal complaint to the Service by the Minister of Finance.


He said: “Last year, 2019, between August and October, there was a defamatory video that circulated widely across Nigeria, showing false engagement of Mr President in marriage with some members of his cabinet.

“On the 11th of October 2019, the Honourable Minister for Finance brought a formal complaint to the Service in which she stated that the video had cost her big embarrassment and asked that an investigation be opened into that audio/video and the materials associated with it, the info graphics and all the materials that were in circulation at the moment.

“She asked that a detailed investigation be opened in that regard with a view to identifying the persons or groups of persons that may have been behind the circulation of such defamatory materials.

“The Service went into investigation and we can announce that it had apprehended the person that is involved and the person who started this and who circulated the materials.

“His name is Kabiru Mohammed. He hails from Kano. He is 32 years. He holds a diploma in Hausa and Fulfulde from the Federal College of Education, Kano and also holds a diploma in Mass Communication from Aminu Kano Islamic School, according to him.

“He has confessed and investigation has also revealed his involvement in the creation of these materials and the circulation of the materials.

“Investigation is continuing to determine the actual reasons behind his intent. What we can assure you as Nigerians is that we would continue to deepen this investigation and bring it to a logical conclusion.

“We will do everything needful within the ambit of the law to bring this to a logical conclusion, as to determine whether there is or not other persons, interests and motives behind this other than what he has said.

“We want to use this opportunity to once again please ask Nigerians as always that the spread of false news through social media does not do well for any person.

“You may enjoy the spread of such falsehood when you are not the victim. But if you become the victim, you will know the pain.

“And we want to urge every citizen and resident and, of course, Nigerians that anywhere they are, they should desist from spreading falsehood, misrepresentations, rumours against one another, against the government and against institutions of government.

“By the time you click that button and you spread or participate in sharing news that is not true, you are helping in causing disharmony; you are helping in bringing the problem into the country, and you are also feeding on the differences in the country to bring about chaos, anarchy and instability.

“As we go into the New Year, we urge everyone to make a new attitude and begin to find reasons to be more patriotic, to be more law-abiding, and be better citizens and to help move Nigeria forward.

“On our part, we will continue to perform our duties and responsibilities without let or fear and will always collaborate with all stakeholders, particularly the media and strategic partners, to make sure there is lasting peace in the country.”

The suspect, Mohammed, who admitted to creating and sharing the videos, begged for forgiveness, saying it was a mistake.

He said he was a member of a political group in Kano known as Kwakwasiya.

Forty-five-year-old Sadiya Farouq is one of the younger members of the Federal Executive Council (FEC).

She was, at a time, head of the National Commission for Refugees, Migrants and Internally Displaced Persons (IDPs).

She was also a member of the ruling All Progressives Congress (APC) presidential campaign council, where she was in charge of election planning and monitoring, field operations, and fundraising.

The minister was far away in Geneva, Switzerland, leading Nigeria’s delegation at a meeting of the United Nations refugees agency on Friday, 11 October 2019, the day the ‘wedding’ was supposed to ‘take place’.

In one of the videos that went viral at the time, the minister was shown getting dressed for what appeared like a party.

But it was later revealed that the party in question was a reception organised in her honour by friends following her appointment as minister.