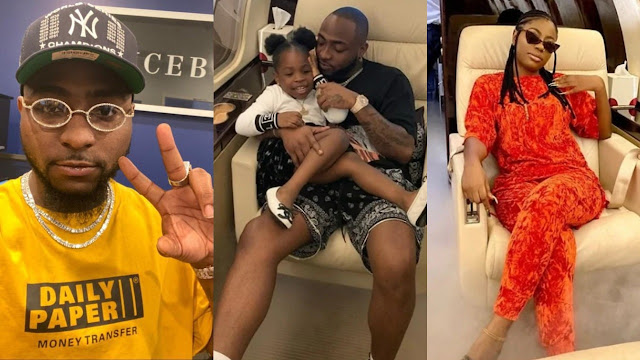 Recall photos showing the singer and his babymama in the same private jet had surfaced online.

The singer revealed that Momodu had a business to handle in Ghana while he was also billed to perform at a concert, dubbed Afronation in the country so it was only fair that she joined him on the ride.

Davido said he brought along Imade because he didn’t want to leave her alone in Lagos especially without her mom and he didn’t want her to fly on a economy class.

The risky crooner expressed his displeasure over the viral reports about him and his babymama as he stated that it should end.

Read what Davido wrote below:- 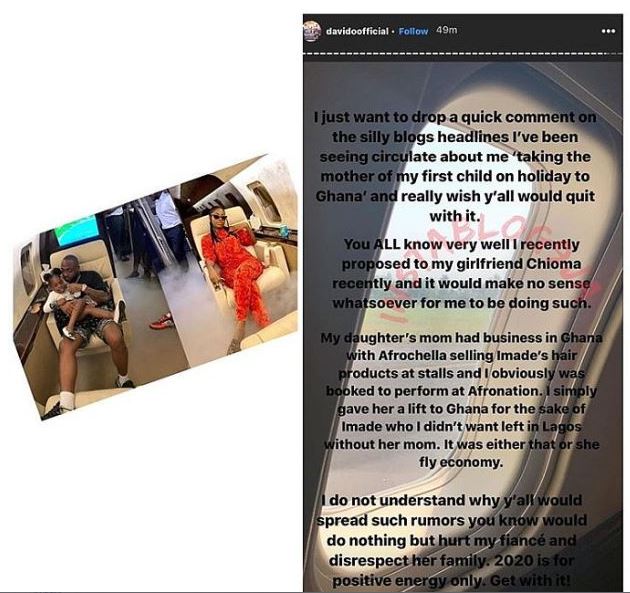