FA Cup: Curtis Jones on target for Liverpool as they defeat Everton 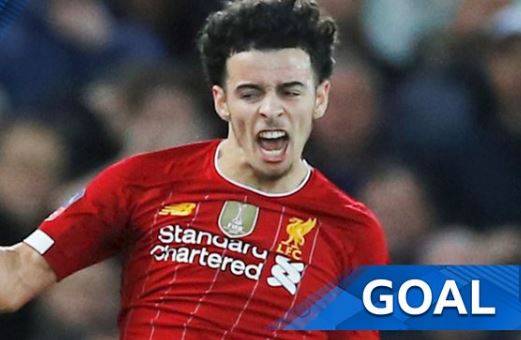 Teenager Curtis Jones scored a spectacular first senior goal for Liverpool as they beat Everton to reach the FA Cup fourth round.

The 18-year-old, one of nine changes to the Reds' starting line-up, set himself on the edge of the area before finding Jordan Pickford's top-left corner.

Divock Origi also went close, forcing a great save from the Everton keeper.

Dominic Calvert-Lewin, Richarlison and Mason Holgate wasted good chances for a strong Toffees side at Anfield.

The fourth-round draw takes place on Monday at 19:35 GMT on BBC One and the iPlayer before Arsenal's game against Leeds.