Finally, Wizkid reacts as Akon addressed him as ‘Lil Bro’ 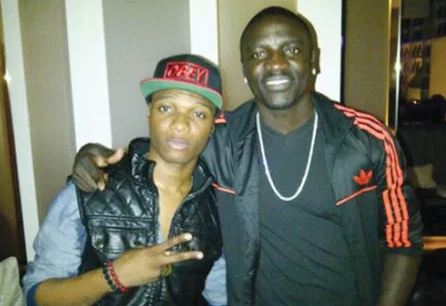 Popular Indigenous rapper, MI Abaga, in particular, was being dragged by Nigerians after he cautioned the American singer against addressing Wizkid as his ‘lil bro.’

Well, Wizkid has finally addressed the American singer as his ‘big bro’ in a tweet which he sent out via his official Twitter handle on Tuesday, 31st December. That should settle it or what do you think???

Just got off the phone with big bro @Akon!...looking forward to the birthday present!...ya!!!!!!!