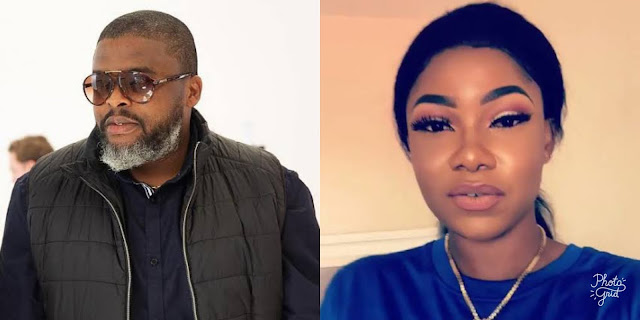 A video trending online captures the moment singer and producer, Larry Gaaga could be seen smelling reality star, Tacha after they were entangled in a warm embrace.

The duo were spotted hanging out on Friday and it appears the reality star is set to make another appearance on a song.

In the video, the record label executive also placed a kiss on the side of the controversial BBNaija housemate’s head while referring to her as “His Tacha”.

Recall, Tacha was also seen lending her voice to the singer, Slimcase during a studio session.