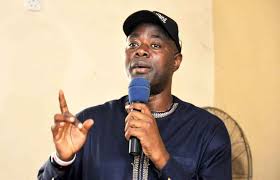 The Oyo state governor, Engineer Seyi Makinde has expressed shock over the fire incident at the Akesan market in Oyo town in the early hours of Sunday.

The governor, in a tweet on Sunday also sympathized with the victims of the inferno and promised to investigate the circumstances around the unfortunate incident.

His words: “I received with shock, news of the fire outbreak at Oja Akesan in Oyo Town, in the early hours of this morning.

“Words cannot convey my sadness at this incident & I sympathise with the victims. I appeal for calm as we investigate the circumstances around the unfortunate incident. ”

Dovebulletin.com recalls that fire razed Oyo town’s main market which led the loss of properties worth millions of naira.

News reports also have it that security operatives gunned down 3 people during a protest by angry youth over the inability of the firefighters to quench the fire.