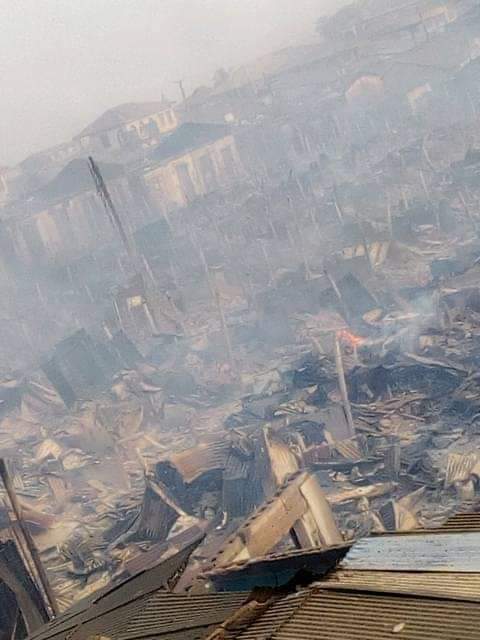 At least three persons have been reportedly killed following a protest in Oyo town over the inability of the firefighters to quench the fire at Akesan market on Sunday.

The fire started around 2 a.m. However, the fire service, whose station is just opposite the market or some 20 metres away, could not respond. People said as the fire was raging said the firefighters complained their equipment was not functioning.

“We condemn this failure of governance service but we will respond more appropriately on this later,” Oyo Global Forum, a civic group of Oyo indigenes, said.


But at about 6 a.m., the response came from Ogbomosho, 50 kilometres away, with firefighters based in that neighbouring town mobilised to stop the Akesan-Oyo fire.

“All Akesan has been razed,” a witness said. “It is only the filling station that is yet to be affected.”

But angry residents started protesting at the gate of the fire station in Oyo and were said to have made a fire with used tyres.

In response, police operatives attached to ‘Operation Burst’ started firing gunshots, which claimed the lives of at least three persons.

“Three persons have now been killed but they have left with the remains of one,” one witness said. Two more persons confirmed the killings.

As at the time of this report, the firefighters from Ogbomoso were still trying to stop the fire.

The police spokesperson for Oyo State, Gbenga Fadeyi, initially denied the police involvement in the shootings.

“I have called and can confirm there was no police shooting and nobody died,” he said. But when told there were pictures contrary to his claim, he said, “I will intensify efforts and make calls again to confirm”.