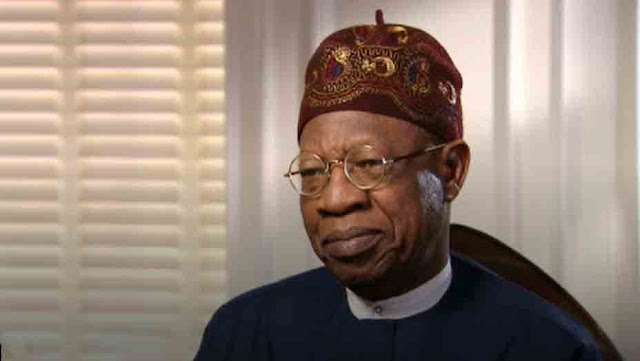 The Federal Government on Tuesday debunked media reports that 26 Americans who arrived the Murtala Muhammed Inter­national Airport (MMIA), Lagos, on Monday were not screened for Coronavirus.

The Minister of Information and Culture, Alhaji Lai Mohammed made this known when he appeared on Nigeria Television. Authority programme, “Good Morning Nigeria”

The Minister admonished the media to be circumspect of what they publish and desist from dishing out fake news aimed at frustrating government’s efforts at fighting COVID-19 pandemic.

He said contrary to the report, the 26 Americans were screened by the Port health authority and the immigration while the crews that flew them in and out of the country did not disembark from the aircraft.

“I am aware of the history of the 26 passengers and I have placed a call to the head of Port health services who denied the report.

“We have problem with the crude oil production in the Bonga field, so they made an application for the expatriates to come into the country

“They need to come and carry out some emergency works on the Bonga field and they arrived yesterday.

“They met with the Port Health Authority and immigration that screened them and we have the records to show that they were screened,” he said.

The Minister explained that the rule on border closure is that if any aircraft must come to the country on emergency, it must come in with two crews for inbound and outbound flights.

“Any flight approved to come into the country now must come with two crews so that there will be no way any of the crew members will get down and interact.

“But if they must come down, they must go into 14 days quarantine,” he explained.

The Minister cautioned the media to desist from publishing fake news that can demoralise those at the frontline of the fight against Coronavirus.

“It is wrong for the media to be publishing fake news that will frustrate the efforts of not just government but the frontline people in this fight which are the health workers, the immigration and others.