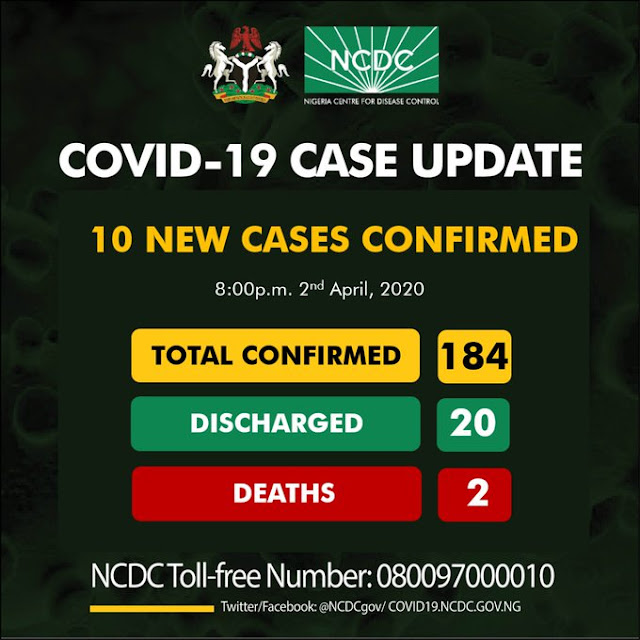 Nigeria has recorded 10 new cases of coronavirus, bringing the total number of infections in the country to 184.

The Nigeria Centre for Disease Control made this known on Thursday.

It tweeted that Lagos State recorded seven new cases while Abuja had three.

The development brings the total number of confirmed cases in Lagos to 98 and Abuja 34.

It said, “Ten new cases of COVID19 have been reported in Nigeria – seven in Lagos and three in the Federal Capital Territory, Abuja.

“As of 08:00 pm on 2nd of April, there are 184 confirmed cases of COVID-19 reported in Nigeria. Twenty have been discharged with two deaths.

Though Osun had on Thursday afternoon announced that it recorded six new cases, they were not part of the newly announced cases by the NCDC.