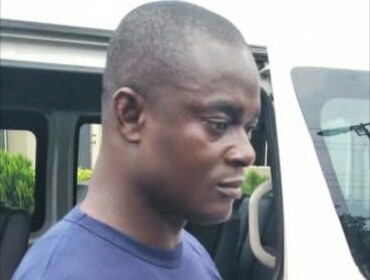 Justice M. O. Opara convicted Onyekachi on one count of issuance of the dud cheque after finding the defendant guilty of the offence.

The Economic and Financial Crimes Commission had arrested, investigated and arraigned the defendant after the matter was reported at its Port Harcourt zonal office.

Onyekachi was said to have issued the cheque in May 2016 through his firm, Esteemed Technical Nigeria Limited, to Elass Venture Nigeria Enterprise as part payment of the sum of N9.61m for the supply of equipment to Daewoo Company in the Brass Local Government Area of Bayelsa State.

It was learnt that the cheque was returned unpaid after three months due to insufficient funds in the account of the drawer.

The charge read, “That you, Mr Sampson Onyekachi, trading in the name and style of Esteemed Technical Nigeria Limited, sometime in May 2016 at Port Harcourt in the Port Harcourt Judicial Division of the High Court of Rivers State, did fraudulently issue a Sterling Bank Plc cheque with No. 144 50110, dated May 13, 2016, in the sum of N5,100,000 in your business name, Esteemed Technical Nigeria Limited, to Elas Ventures Nigeria Enterprise.”

The offence was contrary to Section 1 (1) (a) and punishable under Sub-section (b) (i) and (ii) of the Dishonoured Cheques (Offences) Act, Cap D11 of the reversed edition, Laws of the Federation, 2007.

It was gathered that the petitioner, who secured the contract, had approached Onyekachi and got his consent to use his company’s invoice to execute the contract.

“A year after the transactions were consummated, the defendant issued the petitioner a cheque for N5,100,000, which he presented, but it was returned unpaid for lack of funds.”

Apart from sentencing the accused to prison, Justice Opara also ordered him to pay the sum of N3m as restitution to the nominal complainant.