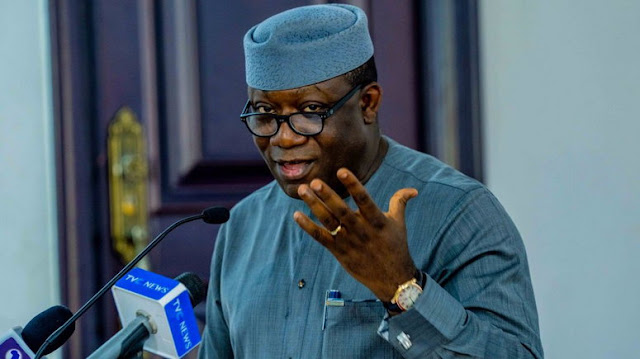 The Ekiti Government on Monday announced that 70 out of the 73 people the state’s third coronavirus index case had contacts with had been traced.

The state’s Commissioner for Health, Dr Mojisola Yaya-Kolade, told a news conference in Ado Ekiti that the people were identified through an aggressive contact-tracing carried out by the State Government.

“Out of the 73 people, we have traced 70 of them and they are currently being monitored.

“We have advised them to be in self-isolation for 14 days, while the secondary contacts are being traced with the aid of our district surveillance officers.

“Some of the people who do not have homes to perform self-isolation have been given accommodations by government.”

The commissioner disclosed that 42 blood samples had been taken to the Nigeria Centre for Disease Control and that 39 of them had been done without any confirmed case.

The commissioner explained that the 29-year-old pregnant woman, who tested positive for COVID- 19 on April 17, was gradually stabilising and responding to treatment.

On April 18, Gov. Kayode Fayemi had while confirming the news of the third index case in Ekiti, explained that the woman, a health officer in Lagos State sneaked into Ekiti and went into coma after being operated upon at a private clinic during labour.

Also speaking at the new conference, the Governor’s Special Adviser on Security, Brig.-Gen. Ebenezer Ogundana, said that the government had beefed up security at the state’s border communities to check influx of COVID-19 carriers.

Ogundana said that traditional rulers and youths in the communities had also been enlisted to check unauthorised movements into the state from neighbouring states.