My husband doesn't satisfy me with s3x anymore 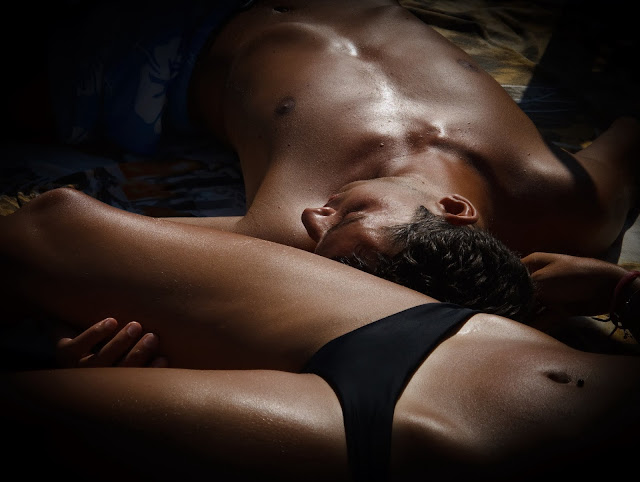 How do I tell my husband he doesn’t satisfy me anymore? If I ever mention this to him, what will he think of me, will he think I have fornicated? Will he love me the same way, ask for my reason or file a divorce? We have been married for three years now. All these years, all I do is endure. I don’t endure because I don’t want to hurt him, I endure because I don’t want to lose him.

As a result of this, I had to go to counselling. I didn’t have much to talk about with the counsellor because she gave me the full reason why that is happening. She said to my understanding that most times, what leads to that is the expansion of the female organ. She further explained that it is as a result of the size of the male organ that penetrated. She said if it is big, the female organ will expand to the size and retain it but if it is small then it will fit in perfectly.

My past relationship was a terrible experience, a relationship that for all the years spent, was based on rape and physical abuse. Ifeanyi! Ifeanyi was the name of my first love. We started our relationship when I was in JSS 2. We had always spoken about marriage and the number of kids we wish to have.

Ifeanyi and I didn’t only attend the same secondary school but fate also took us to the same state to serve. I didn’t know anyone else except him. He was the first man that ever made me a woman, the first who ever touched me. For all the years we dated, I dated with endurance with the hope of changing him to the man I wanted.

You see couples smiling and laughing together, you wish to have the kind of relationship they have, but you don’t know what is happening in private. You don’t know the number of times they quarrel. He was a calm person. At least that was the kind of person he was when we were in the same secondary school.

But staying with him during our youth service, he was a totally different person. Ifeanyi was already a drug addict and very violent. He flared up at every slight mistake I made. He turned me into his ‘drum’ and hit me whenever he pleased. And anytime he got thirsty of sex, I became his ‘desire’.

I loved him so badly and I wondered if anyone had ever loved like that. I endured all of it because I didn’t even want to stay a breath away from him. I always hoped for change even though my friends had told me that was never going to happen. I felt they were being jealous of my relationship and I told Ifeanyi, but he warned me to stay away from them because, according to him, they were trying to separate us. Because of how much I loved him, I listened and did as he had ordered. Every night Ifeanyi would go out partying, leaving me at home all by myself.

He would come back home drunk and forcefully have sex with me. For some time I was enjoying it but after a while, it became a habit for him. Aside from being drunk, anytime we were home together and I mistakenly added too much salt to his food, he would get angry and beat me badly. Every normal guy would want to relate calmly with his girlfriend, but that was not the case for him.

After beating me mercilessly, he would rape me like an animal. He never cared how much I screamed or begged for mercy, the only time he stopped was when he was satisfied. No day ever went by without him acting violently toward me. He had a plus-size organ, and instead of me enjoying sex with him, I endured pain for him.

I was always enduring pain, hoping that one day he would look into my eyes, apologize for all his mistakes and make things right. But no, that never happened. While hoping for a miracle, all I was fed with was a disappointment. I had lost friends so I had no one to even talk to.

I had no reason to go out or have anyone over. Whenever I complained, begging him to let me go, the only response I got was: “You can’t beg for breath to cease, begging to leave me is like asking for your death.’’ Yes! I knew he loved me, I know how much he needed me around but what I never understood was why he always treated me like a slave.

He could spoil me with gifts, dinner and lunch, but that was not what I wanted. I wanted to love, attention, care, time and happiness. If all everyone ever wants is gifts and outings, then what is the use of love and relationships? Everybody would seek fun and pleasure.

I kept on enduring, until one day my endurance became my nightmare. Ifeanyi degenerated from making me unhappy, to finally making me a slave. He took my gadgets from me because he noticed that anytime I got chatting, I always had a smile on. He found this frustrating and took them away from me.

He felt I was cheating but that wasn’t the case. I had never the courage to cheat because I loved him so much. I was chatting to keep myself busy because I spent every day of my life in his house. The day he took my phone away from me was the day I finally stood up to him. It was the day I poured out all my feelings and pain.

I told him how much he had been hurting me. I was expecting an apology, a hug, kisses and anything a girl wants, but no, instead, I got beatings, I got more pain. He beat me with any weapon in sight — stool, flower vases and things like that. He asked me who gave me the guts to stand up to him, and what lever I had to question his actions? Lying there in the pool of my blood, I couldn’t provide answers. I couldn’t even move my mouth. He saw me in pain and started apologizing.

That was the first time I’d ever heard that word from him in three years. I was stunned. I was happy and filled with smiles. But no, I said to myself, I could not allow this to continue so that I wouldn’t lose my life because of love. Immediately, he came up with an idea. He quickly drove me to the hospital, and as soon as he was done with the medical bills, he stepped out to get me provisions.

He started trying to rush over to me. I ran for my life and stumbled on a man. I didn’t ask for his name but asked for his help. I begged him to save my life which he did without question. We drove off before Ifeanyi could catch up with me. That man took care of me all through.

He didn’t ask questions until I got better. After a while, for the first time we had a conversation, I told him everything, and he promised to make me forget my past. He kept to his words. We dated for a while and got married. Ever since he has shown me nothing but happiness but that happiness has not been complete.

Anytime we made love, I feel nothing. I feel no pleasure, but I pretend to make him happy. I don’t know if I am still having feelings of love for Ifeanyi or if I am missing him. Since meeting with the counsellor, I now have the courage to do what I want to do. I decided not to tell my husband but to force myself to adjust to his size. But no matter how much I try, I still feel nothing. There is no point deceiving myself. I can’t compare 12 years to four years. So I will cast my hope, faith and trust in God to help complete my happiness.