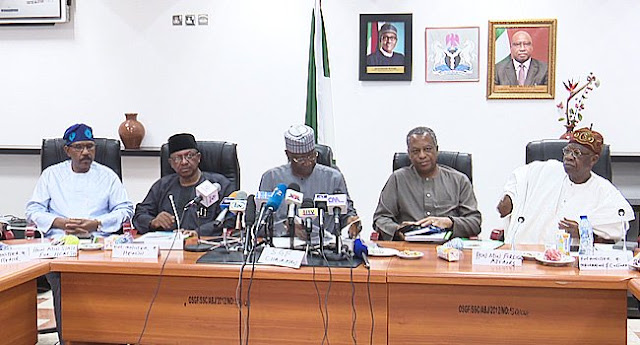 Members of the Presidential Task Force (PTF) on the Novel Coronavirus (COVID-19) Pandemic, including those who attended the burial of the late Chief of Staff to the President, Mallam Abba Kyari, attended the Monday daily briefing of the task force.

The attendance of the burial ceremonies had raised concerns and questions among Nigerians since Saturday even as all those who attended the ceremonies were advised to immediately commence 14 days self-isolation.

Among those who attended the burial ceremonies, but who still took part in the Monday daily briefing were the SGF, who is also the Chairman of the PTF, Mr Boss Mustapha; Minister of Aviation, Senator Hadi Sirika; the Minister of Foreign Affairs; Mr Geoffrey Onyeama; and the National Coordinator of the PTF, Dr Aliyu Sani.

The Minister of Humanitarian Affairs, Disaster Management and Social Development, Hajiya Dadiya Umar Farouq, was also present at the prayers held for the late Chief of Staff at his Defence Guest House residence but was absent at the Monday’s briefing.