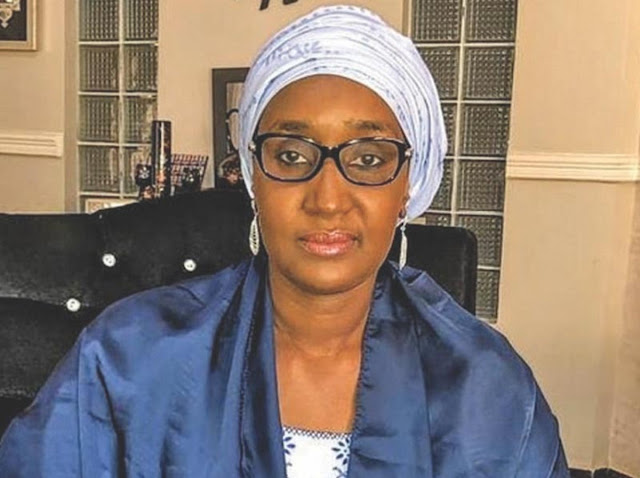 The Minister of Humanitarian Affairs and Disaster Management, Sadiya Farouq, has explained why a huge crowd gathered in Abuja during the cash transfer exercise in violation of the social distancing policy.

Farouq, while responding to questions from journalists on Thursday, said all beneficiaries were properly spaced.

The minister, however, did not respond to a question on why the monies were not transferred electronically

She, however, said onlookers were the ones that gathered in their numbers.

The minister said, “We tried to take into consideration social distancing policy. If you watch the video or if you were there, you will see that those who came for disbursements were spaced but people who were outside, who were not even part of it, decided to be onlookers.”

Farouq said residents of satellite towns in Abuja seem not to be aware of the lockdown.

She said there was a need for better enforcement.

“When I went to Kwali, most people were just going about their business. Mr Chairman we need to enforce this directive. Many people didn’t know about the stay at home policy. Henceforth, we will try to put in efforts to avert that,” the minister said.

Farouq denied reports that only a section of Nigeria was receiving the conditional cash transfer.

She said in Abuja, 5,980 households were receiving while in Nasarawa State, the figure was 8, 271 households.

The minister said 6, 723 and 1, 357 households were targeted in Katsina and Anambra states respectively.

Farouq said a household by general standards is six persons.

“Yesterday we started cash transfer. No section of this country will be marginalised. It is a national programme irrespective of tribe, religion or political affiliation,” the minister added.