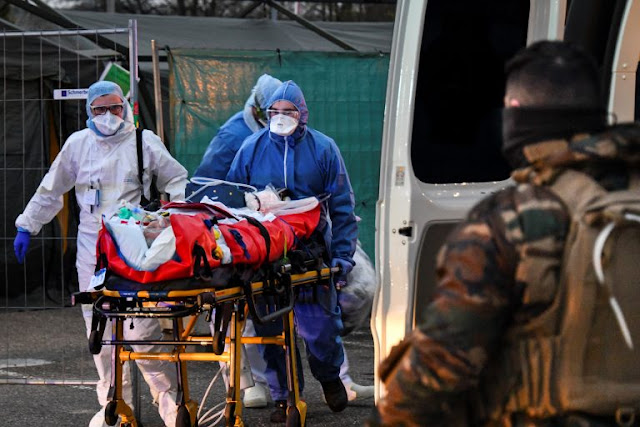 Britain and France, on Tuesday, reported a total of 880 deaths in less than 24 hours.

But experts warned not to read too much in the figures, citing indications that stringent measures put in place last week to cut close-contact transmission of COVID-19 were working.

Some 25,150 people have now tested positive for the virus in Britain, including Prime Minister Boris Johnson, a daily increase of 3,009.

Also, there are 22,757 people hospitalised in France with COVID-19, with 5,565 of them in intensive care while a total 3,523 person has died so far, health official Jerome Salomon told reporters in his daily update.

“This situation is completely unprecedented in the history of French medicine,” said Salomon.

France has been in lockdown since March 17 in a bid to slow the spread of the epidemic and officials have repeatedly warned it will take time for the measures to bear fruit.

Salomon said hospitals in eastern France — one of the hubs of the outbreak — were under “great tension” and in Paris and it's wider surroundings the situation was also “difficult”.

As a result, France has been moving some patients to other regions or even abroad to neighbouring countries.

Salomon said 288 patients had been transferred to regions under less pressure so far and this number would increase in the days to come.

He confirmed that on Wednesday a specially equipped train would transfer 36 patients from Paris to Brittany.