Graphic: Woman addicted to eating her own hair has giant hairball 'with tail' removed from her stomach

A woman who was addicted to pulling out and eating her own hair had a giant hairball measuring 15 centimetres removed from her stomach, according to a medical journal.

The 38-year-old, who was suffering from nausea, vomiting and an extremely swollen abdomen when she arrived at the hospital in the US, had suffered dramatic weight loss, losing 15 pounds over the previous eight months after she lost her appetite.

The unnamed woman was rushed into surgery, where a giant hairball was found lodged in her digestive tract, with a small “tail” of hair trailing into her intestines and a second four-centimetre hairball nestled deeper in her bowel.

She was found to be suffering from the rare Rapunzel Syndrome, which has only ever been documented 88 times in medical literature. 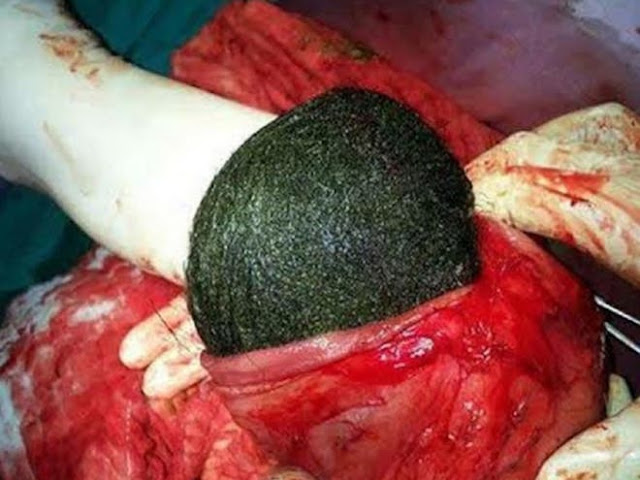 According to the BMJ journal, the syndrome is caused by trichotillomania, a disorder that causes a patient to develop an irresistible urge to pull out their own hair, and sometimes eat it.

Named after the long-haired Rapunzel from the Grimm brothers’ fairy tale, it is extremely uncommon but can cause potentially deadly side effects and complications as the hair becomes lodged in the sufferer's stomach. 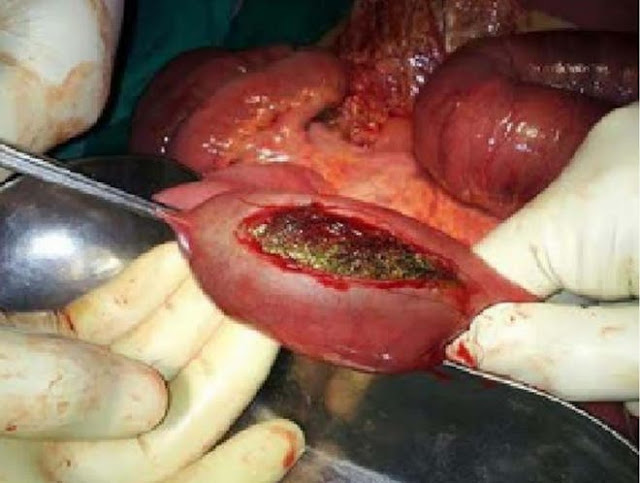 Surgeons removed both hairballs from the woman and she was released from hospital after six days, with recommendations to seek psychological therapy.

She was also treated for malnutrition and advised to eat food high in proteins, such as eggs and chicken breast, and a daily iron supplement.