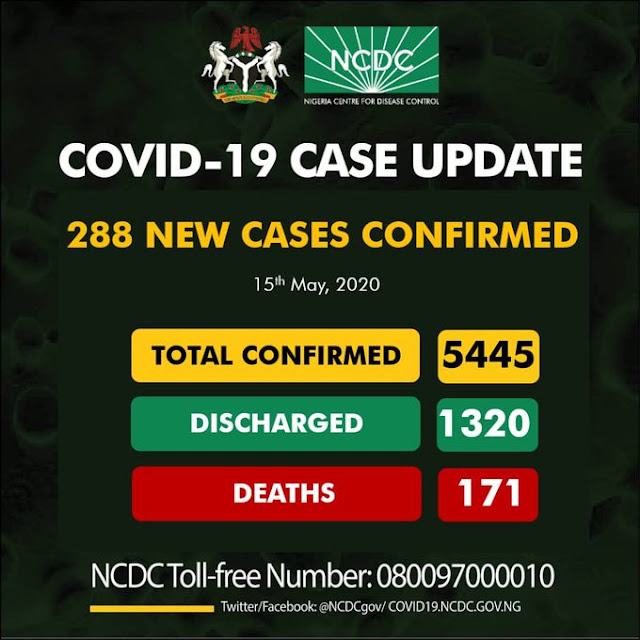 Nigeria has recorded 288 new cases of the Coronavirus across various states of the country.

The tweet further revealed that Niger and Ekiti State had four cases, Oyo, Delta and Bauchi State had three cases each, Kwara State had two cases and Edo State recorded one case

As at now, 5445 persons have tested positive for COVID-19 in Nigeria with 1320 patients discharged and 171 deaths recorded.

According to reports, over 4,981 deaths and 96,039 new cases have been recorded all over the world in the last twenty-four hours, with the most new fatalities reported in the United States with 1,759, Brazil with 844 and Britain with 384.