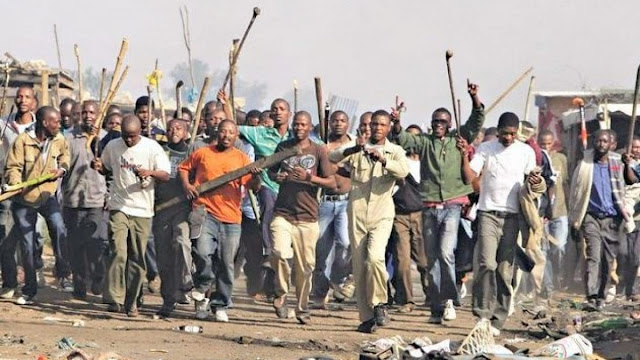 The incident which led to the murder of two young men at different locations in Calabar occurred on Friday.

The first killing, Dove Bulletin gathered happened at the early hours of Friday while the second incident occurred around 7pm.

It was revealed that the renewed cult clash was between the Klanz and the Axe which resulted in members of the public deserting their business places and closing shops earlier than the usual time.

Esin who spoke with our correspondent on the phone on Saturday said “I am aware of the clash which occurred yesterday (Friday) and two persons were gunned down.

“The incident occurred at St Mary Street off Ekpo Abasi and Ibeku Street by Ikom Street. The cult groups trailed their suspects and hacked them down.

“When I spoke with the Divisional Police Officer (DPO), he confirmed that two suspected cultists were gunned down.

“The incident occurred between the Klanx and Axe members. The victims are one Klanx and one Axe.

“The Community assisted in arresting one of the suspects at the scene and handed him over to the Mbukpa Police Station”.

Meanwhile, Mr Esin has advised parents to monitor the activities of their children.

“Those who are already there should find ways to leave the cult groups. It doesn’t pay to belong to cult groups and you don’t gain anything dead” he advised,