By Funso Adekitan June 15, 2020
500 illegal miners have been arrested at Ile-Olu/Oke-Igbo Local Government Area of Ondo State for operating at a mining site without approval.

The arrest of the illegal miners was effected during a sting operation by operatives of the Special Mines Surveillance Task Force on Illegal Mining from the Federal Ministry of Mines and Steel Development.

According to sources, the illegal miners were caught at an unapproved mining site at Popoola Ehinoke community, a suburb of Ile-Oluji/Oke-Igbo Local Government.

According to a Mine Officer, Mr. Silas Godwin, who led the operation, the ministry had been monitoring the activities of the illegal following a tip-off on the unwholesome activities being engaged in the area.

Godwin said that upon their arrest, the suspect disclosed that they were in search of gold on the site.

While vowing to prosecute those arrested, the leader of the task force urged those interested in mining to always follow the right channels stressing that those who contravene the law will be dealt with. 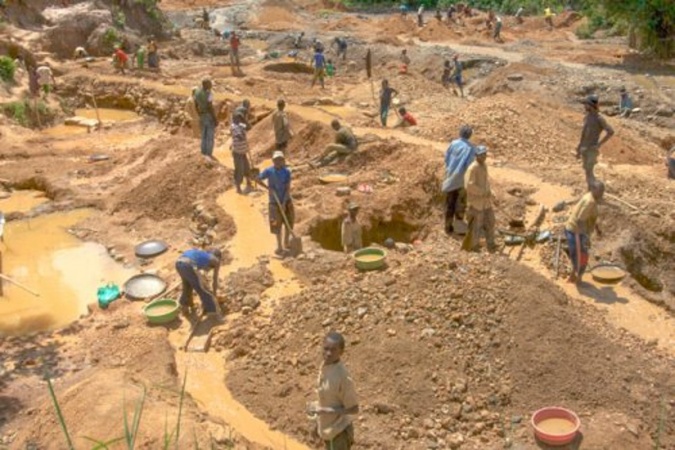