MEN Sport understands United are keen to add more creativity to their midfield, with the Aston Villa captain Jack Grealish high on their list of priorities. However, Van de Beek could prove to be a cheaper option at a time when spending smartly is paramount.

Real Madrid has long been understood to be the front-runners to land Van de Beek this summer, but the financial implications of the coronavirus on the Spanish club have thrust that move into doubt. Madrid's players and staff accepted pay cuts ranging from 10 to 20 per cent in April.

As a result, De Boer believes United could look to take advantage of the situation and swoop for the Netherlands international.

"When you hear these clubs pass by, I know your heart will beat faster," De Boer, a coach in Ajax's youth set-up, told FOX Sports. "If Real Madrid again decides not to report themselves at Donny, then I can understand it if he decides to go to Manchester United instead.

"On the one hand, I understand that Real Madrid is hesitating a bit. Another club could think, ‘hey, an interesting player, maybe we can get him for a little less’. For example Manchester United.

"Solskjaer has indicated that he wants to go in a new direction and wants players who are humble, their heart is with the club, a team player.

"I think he is tired of the Pogbas running around. He wants players like Donny van de Beek."

Paul Pogba's contract at United is due to expire next year but the club has the option to trigger a one-year extension to the Frenchman's deal. MEN Sport understands United are relaxed over Pogba's future at the club. 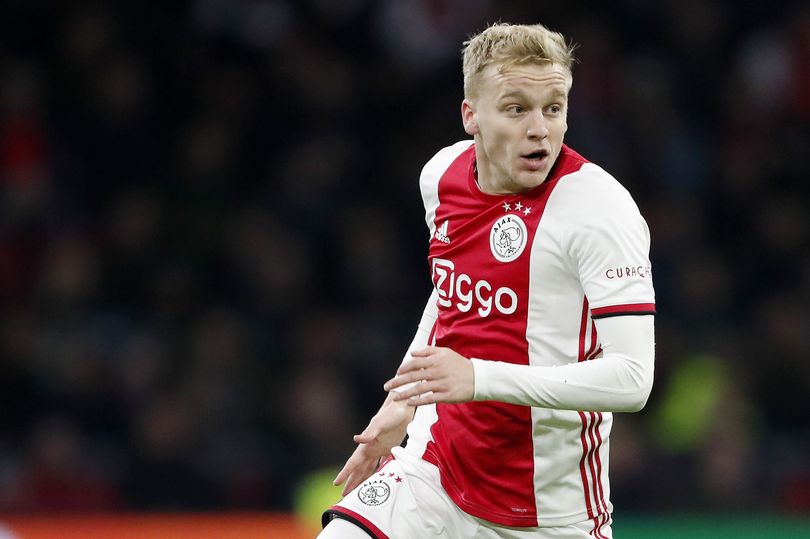