BBNaija reunion: Tacha reacts to recent drama about Ella, says good deeds should not be for attention 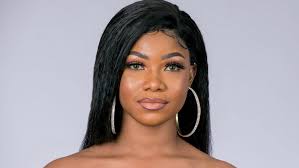 Tacha has reacted to the drama that happened during the 5th episode of the BBBioreports reunion show.

It was earlier reported that Venita accused Ella of ‘ghosting’ on her fellow ex-housemates who had contributed financially towards her mum’s surgery.

Other housemates like Mercy, Diane, Sir Dee, and Jackey were also of the opinion that Ella displayed an ungrateful attitude after she received the funds.

Reacting to the drama that took place on national TV, Tacha said that people who help others don’t brag about it.

Taking to her official Twitter page, the controversial housemate stated that good deeds should not be done for the attention it would bring.

Tacha also noted that when a person lends a helping hand out of genuine concern, they do not brag about how much of a good person they are.

Many slammed the housemates who brought up the matter, describing them as immature. Meanwhile, Tacha’s fans hailed her for the words of wisdom she spoke in reaction to the drama.

In other news, Dove Bulletin earlier reported that Tacha boasted about making N7.5m from sold-out products in 2 hours.

Tacha launched her customised power bank on Wednesday, June 3, with a video of her showing off the product on her social media pages. She went on to encourage people to follow her business page to order for theirs. Two hours after her announcement, all 500 pieces of the products were sold out and she couldn’t help but brag about it.

Sadly, five days later after the success she recorded, she lost her business page.

The controversial influencer said that some people are painting an ugly picture of her fan base, thereby trying to pull down everything about her.