By Funso Adekitan June 11, 2020
The Lagos State Magistrates’ Court sitting in Yaba, on Wednesday, set free a 15-year-old girl, who was arraigned for murder.

PUNCH Metro had reported that the defendant stabbed one Babatunde Ishola to death while he was allegedly trying to rape her on March 7, 2020.

The deceased, who was a friend to the defendant’s father, reportedly invited her to his house to assist him to fetch water and allegedly attempted to rape her.

The defendant reportedly picked a knife from the room and stabbed Ishola to death.

The teenager had pleaded not guilty to the charge and the magistrate ordered that she should be remanded in the Correctional Home for Girls, Idi-Araba, and adjourned the case for the state Director of Public Prosecutions’ advice.

At the resumption of proceedings on Wednesday, Magistrate Philip Ojo struck out the charge based on the DPP’s advice that the case lacked the ingredients of murder.

Magistrate Ojo held that the case lacked sufficient facts to establish a prima facie case of murder against the teenager.

He ruled, “The ingredients required to prove the offence of murder against the suspect were not all present from the facts of this case and also an intention to kill or cause grievous bodily harm to the deceased cannot be established.

Reacting to the judgment, the Director, Lagos State Office of the Public Defender, Dr Babajide Martins, expressed satisfaction with the decision of the court to discharge and acquit the teenager of the murder charge.

He also appreciated the advice of the DPP on the matter, adding that the DPP made it possible for the girl to be released because no prima facie case was established against her.

The Director, Public Affairs, OPD, Mamud Hassan, said Martins appealed to those, who had suffered any form of rights denial, abuse and violence, to visit the office for free legal service, adding that had been attending to members of the public despite the COVID-19 lockdown based on the directive of Governor Babajide Sanwo-Olu. 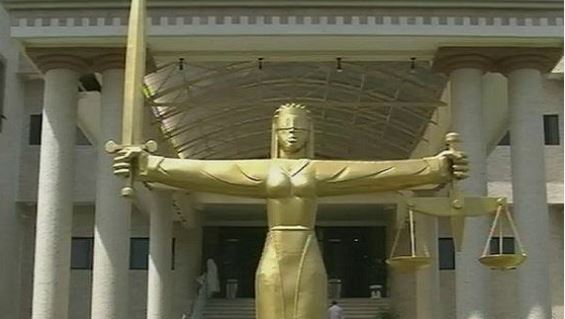