Edo Guber: Gov Obaseki to reveal next move after meeting with Buhari

By Funso Adekitan June 14, 2020
The Governor of Edo State, Godwin Obaseki, has said he will reveal his next step, after meeting with President Muhammadu Buhari.

Obaseki has been disqualified from participating in the All Progressives Congress (APC) primary on June 22.

Writing on his Twitter feed on Sunday, the Governor said:

I appreciate the sustained show of solidarity, support and goodwill from Edo people and Nigerians in the face of injustice by the @OfficialAPCNg screening committee, he wrote.

I will be making my next move known after I complete consultations with my supporters and meet with @MBuhari.

This comes amid speculation that he is considering decamping to the Peoples Democratic Party (PDP). 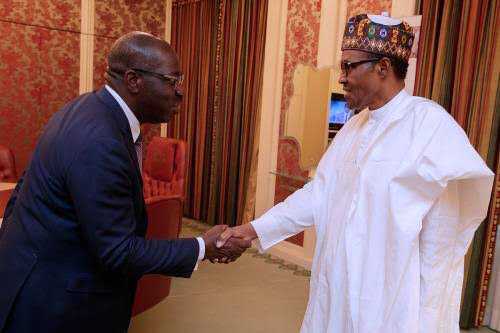