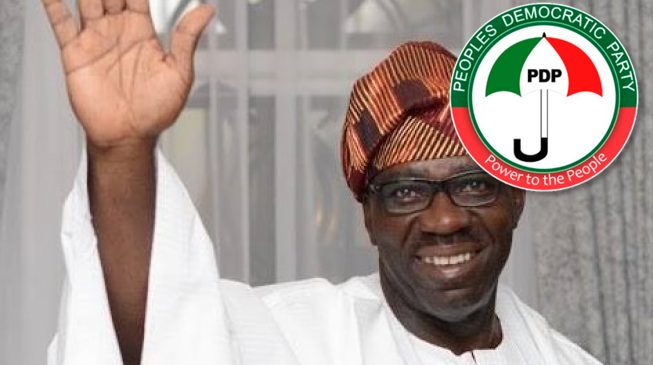 After his disqualification from the governorship primaries of the All Progressives Congress, APC, sources have claimed that the Governor of Edo State, Godwin Obaseki, has joined the Peoples Democratic Party, PDP.

Recall that Obaseki had said he would not challenge his disqualification from the exercise.

It was also gathered that the governor will be moving into the PDP with all the 18 local government chairmen in Edo State together with 12 lawmakers in the State Assembly.

Governors under the PDP umbrella are billed to visit him this weekend.

Further findings by Dove Bulletin revealed that some members of the PDP were already preparing to receive the governor.

A former House of Representatives candidate, who did not want her name mentioned, said the governor had no choice than pitch his tent with the opposition PDP.

According to her, ”If the APC does not know what they have in the person of Gov Obaseki and they decided to disqualify him, so be it.

“If I were him, I will move quickly to the opposition party, which is the PDP and we will be very much happy to have him.

”How can one man be deciding for Edo people?” She queried.

However, efforts to confirm the development from the state Publicity Secretary of the PDP, Chris Nehikhare, were futile.

Meanwhile, a former Minister of Communications, Tony Momoh, had warned that another party may win the forthcoming governorship election in the state.