By Funso Adekitan June 14, 2020
An ex-convict, one Mr. Kehinde Shoboyede, is in police net for allegedly robbing people of their belongings within Agbado in Ifo local government area of Ogun State.

The Ogun police command said Shoboyede was arrested on Tuesday.

The Ogun Police Spokesperson, Abimbola Oyeyemi, confirmed this on Sunday, in a statement in Abeokuta.

According to Oyeyemi, the suspect had earlier been arrested, charged to court and convicted for similar offence.

No sooner had be been released from prison custody, than the people of the area started noticing series of robbery incidents, Dove Bulletin learnt.

“On noticing this, the DPO Agbado division, SP Kuranga Yero, embarked on intelligence based investigation through which the detectives got clue leading to the suspect’s arrest.

“On interrogation, he confessed being the person carrying out series of robbery operation in Agbado and it’s environs in collaboration with one man who he simply identified as Rafiu presently at large,” Oyeyemi informed.

According to him, one cut-to-size locally made pistol, four live cartridges and one sharp knife were among the items recovered from Shoboyede.

Dove Bulletin reports that the Ogun Commissioner of Police, Kenneth Ebrimson, has directed the transfer of Shoboyede to the Special Anti Robbery Squads (SARS) for investigation.

He equally directed that the suspect’s partner-in-crime should be hunted for, and brought to justice. 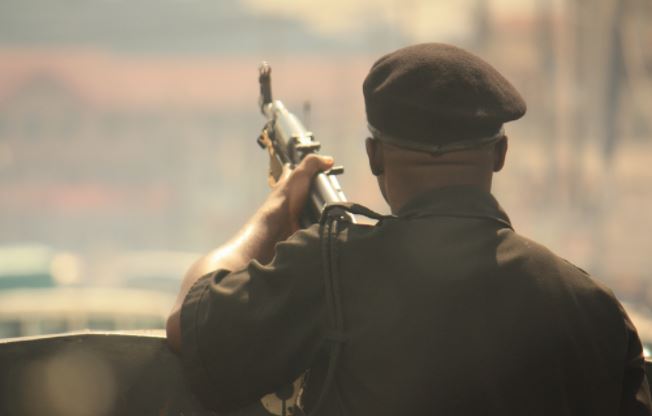