By Funso Adekitan June 13, 2020
Hugo Lloris has warned his Tottenham teammates Paul Pogba will do everything he can to get Manchester United into the top four ahead of the two sides' meeting in North London.

United travel to Tottenham on Friday night for their first game Premier League game since March 8.

French midfelder Pogba is expected to feature in some capacity for United at the Tottenham Hotspur Stadium despite not having started a competitive game since last September.

The 27-year-old has since returned to full fitness during and international teammate Lloris knows all about the threat he will pose next week.

“For Paul, it’s even a longer period than Harry (Kane) without playing," Lloris said. "But I know Paul and as soon as he gets on the field, he just wants to win.

“He’s going to make everything possible to be at his best level to help Manchester United to get the top four.

“About the title, it’s almost done, but for the fourth place, or the fifth place, there will be a big battle and for the relegation, it will be an even bigger battle. It’s the final sprint, you can win or lose everything.

“In March we were all in different form and unfortunately the Covid came from nowhere. No-one could have expected that.

“At the time we were not at our best. But it belongs to the past. We all wanted to finish the season and now we are getting close. All teams have recovered players from injuries. It’s been a very strange season. But it has to end.” 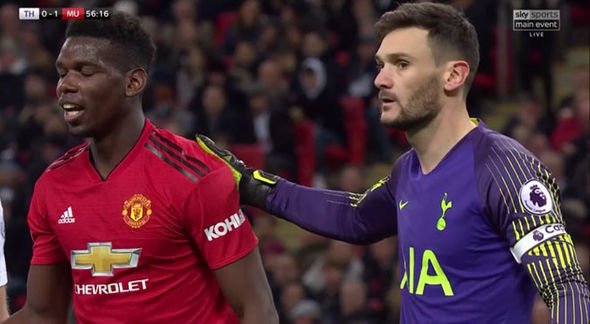