June 12: We dare not forget how we got to this point - Tinubu

“In this, we dare not forget how we got to this point. Planting the seedlings of democracy required much toil and sacrifice. Many potent forces tried to prevent both the planting and the harvest,” Tinubu said in his goodwill message on June 12 as the Democracy Day.

Admitting that the election of June 12 1993 changed Nigeria profoundly, Tinubu recalled that the deep and positive effect of the poll, adjudged locally and internationally as Nigeria’s best-ever, was not always certain.

He cautioned against allowing the importance of the election, its annulment and the struggles that went on for 26 years before the late Bashorun MKO Abiola was recognised as its winner and the day designated by the Federal Government as the real Democracy Day.

The one-time Lagos governor said: “Democracy Day and our commemoration of it must not descend into empty ritual. We, as a people, have chosen democracy as our preferred form of governance not because it is easy to hold and make work.

“We choose democracy because it is the most humane and representative form of government the human mind has thus far devised and imagined.”

Urging Nigerians to be thankful, Tinubu said: “If we look at where we were and where we are now, we have cause to be thankful. We have left dictatorship forever behind. We see new and better ways to define and execute our democratic journey.

“For example, youth and women’s groups that in prior times had no voice or did not even exist. Now they are actively engaged and demanding political participation and a place in democratic decision-making.

“This is how it should be. Within this new, dynamic and vibrant democratic and civil society lies the hope and promise of a better, more representative government and nation.”

He lauded the contributions of many Nigerians who according to him laboured, struggled and sacrificed for democracy, saying: “They fought not that we would have democracy day but that Nigeria might exist as a democracy every day.

“When I say democracy, I mean more than that we conduct periodic elections. Democracy means that we adhere to and live by the enlightened premise that all human beings are of essential value and are possessed of fundamental rights and liberties, which cannot be arbitrarily taken away or denied.”

Calling on Nigerians to use the occasion of today to honour those he described as patriots, the APC stalwart said: “On this day, we duly honour such patriots. We remember them and commend their sacrifice. People like the late Dr. Beko Ransome Kuti, late Gani Fawehinmi, Baba Omojola, the late Pa Rewane, the late Pa Enahoro, the late Pa Baba Ajasin, the late Pa Abraham Adesanya, Baba Ayo Adebanjo, Prof. Wole Soyinka, Prof. Bolaji Akinyemi, Femi Falana (SAN), members of the civil society groups, student-activists and others fought hard and struggled mightily on our behalf.

“Many laid down their lives that we may have this brighter moment. Many people who we do not even know gave of themselves and lost life or limb to bring this moment to pass.” 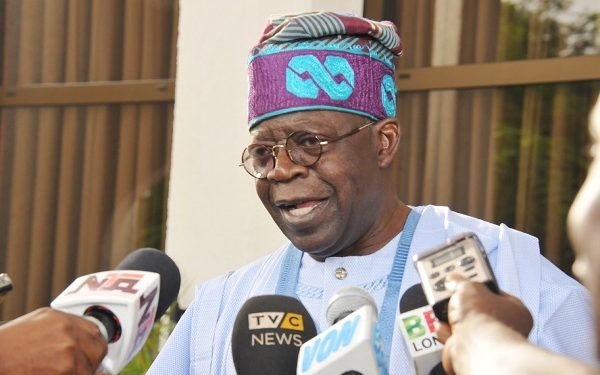