By Funso Adekitan June 11, 2020
Young tycoon and reality star Kylie Jenner has joined the movement fostering for equal opportunities for black women and other females of colour.

The 22-year-old boss lady announced that her company Kylie cosmetics has employed 47% of women of colour which include 13% of black women.

In a statement posted on her business page, Kylie disclosed all her employees are women and people who identify as women.

She urged other employers to follow suit and be part of the change by pushing out racist structures of employment in their organisations.

Kylie participated in the hashtag pull up for change which required people to step out of their comfort zones and speak up against systemic racism and discrimination against blacks.

In her statement, the makeup boss said she and her company are proud of the diversity in Kylie Cosmetics which consisted of blacks, Hispanic women, Asians and Middle Eastern women.

Kylie added that at the helm of her company, she and her mum run things and incorporate structures and rules that favour fellow ladies.

The flashy beauty guru further said she and Kris Jenner planned to recruit more black employees In the future and grow ethnic diversity in their workplace.

“As our team grows, we commit to a continued focus on ethnic diversity in the workplace and the recruitment of black employees. The numbers you see above represent the people at our Kylie Cosmetics/Kylie Skin HQ,”she wrote.

Kylie was among other bosses like Jeff Bezos who stood up for the rights of black people and encouraging diversity in workplaces.

Popular tennis legend Serena Williams’s husband Alexis Ohanian gave up his seat at the Reddit Board and encouraged other members to hand the position to a black professional. 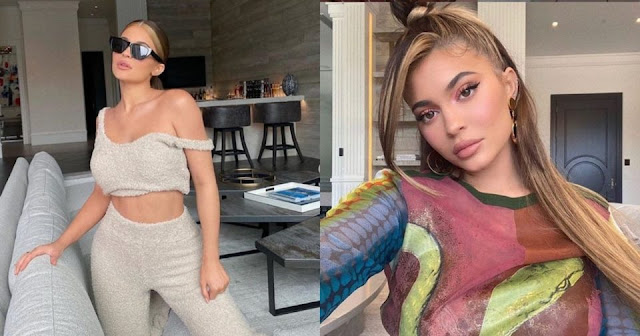