By Funso Adekitan June 14, 2020
Liverpool are reportedly eyeing a double swoop for Wolves pair Adama Traore and Ruben Neves which could cost over £100million.

Traore and Neves have been standout stars for their club this season, with Wolves chasing a Champions League place when the Premier League returns next week.

The Sun claim Liverpool want to sign both players in the summer in a combined deal worth £110m.

The report says Portugal international Neves is rated at £50m while Traore, the explosive winger, would set Liverpool back £60m.

Neves, 23, could freshen up Jurgen Klopp’s midfield next season with uncertainty surrounding the futures of Georginio Wijnaldum and Naby Keita.

Neves has been pivotal to Wolves’ success in the Premier League following their promotion from the Championship in 2018. 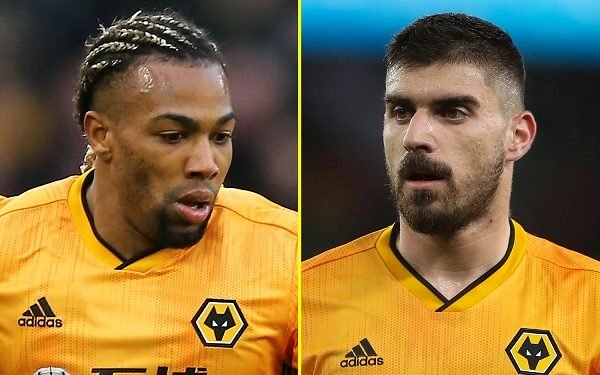