By Funso Adekitan June 12, 2020
Birmingham star Jude Bellingham is ready to reject the chance to join Manchester United and instead sign for Borussia Dortmund, according to SPORT Bild’s Christian Falk.

Bellingham is much admired by United boss Ole Gunnar Solskjaer and Old Trafford chiefs, who see him as a potential cornerstone of the club's midfield over the next decade.

The 16-year-old has played in central midfield, on the left and the right flank, as well as featuring in attacking midfield and once at centre-forward.

The Red Devils gave him and his family a tour of their Carrington training ground with legendary manager Sir Alex Ferguson in attendance as they tried too woo him into joining.

But according to Christian Falk, the head of sport at Bild, Bellingham will reject Manchester United's approach with Jadon Sancho providing the perfect template for the talented Blues star.

The report states Dortmund have ‘won the race’ for his signature.

Falk told Utd Report: “The strong clubs in the Bundesliga, behind Bayern, offer talented English players a chance to play, even internationally.

"Bellingham will therefore also go to Dortmund, not United. You will see. Our information is that he has chosen Borussia Dortmund.”

United fans have been reacting to the claims on social media, with many pointing the finger of blame at Ed Woodward.

"Would have been ideal to buy him then loan him to Dortmund as part of Sancho deal. But there you go," wrote one fan.

"We will buy him in 3 years for 100m Ed failed again," added another United supporter.

"How can a young lad like Bellingham choose Dortmund over Utd after getting a tour of Carrington, meeting SAF, meeting Ole and getting the opportunity to play for one of the biggest clubs in the world?" asked a third baffled fan. 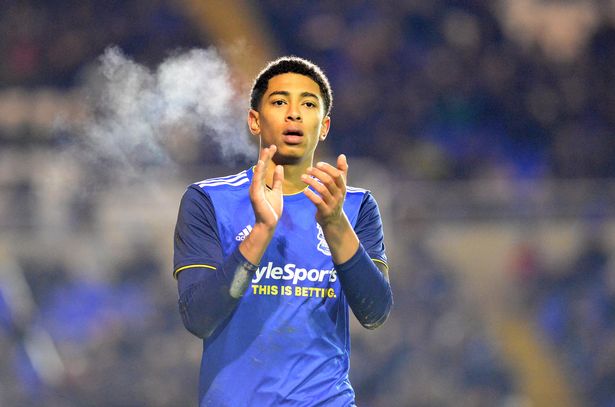