Obaseki is our alumnus, says UI

By Funso Adekitan June 10, 2020
The University of Ibadan (UI) has confirmed Edo Governor Godwin Obaseki graduated from the institution.

According to the statement, the Governor gained admission to the university in 1976 and graduated in 1979 with a Second Class Honours (Lower Division).

“Records of his admission and graduation are intact in the archives of the university.” the statement said.

Some opposition leaders in the state’s chapter of the All Progressives Congress (APC) have been accusing Obaseki of presenting a fake certificate, saying he did not graduate from the premier university. The UI statement will draw the curtain on the supposed certificate scandal crisis.

Obaseki has been in a running battle with his predecessor Adams Oshiomhole over the second term ticket. The latter, who is the National Chairman of the APC, has vowed to ensure the governor does not get a second term in office. 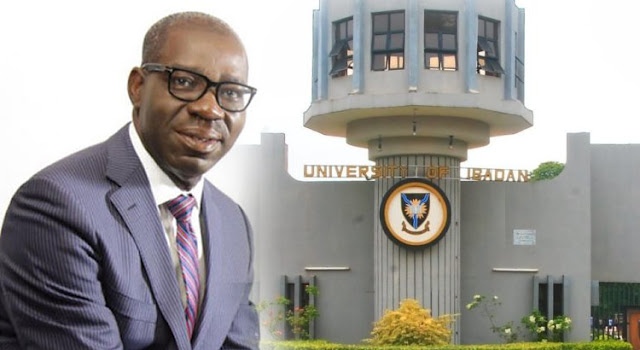