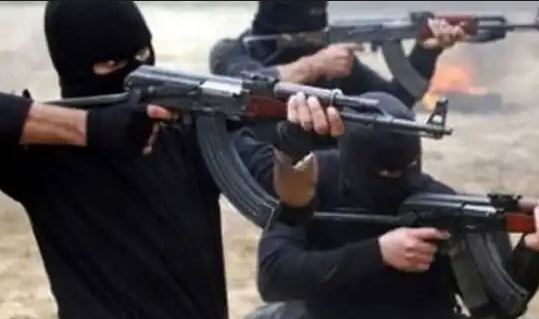 blocked the ever -busy Kankara – Katsina road and several adjoining road to protest the rising banditry attacks and other forms of insecurity in Katsina.

They chanted war songs and set bonfire on the road, turning back motorists and other road users leading to a serious girdlock.

Several motorists had to abandon the route to access Katsina town or Gusau, the Zamfara State Capital for their ‎safety.

Investigation by The Nation revealed that the immediate cause of the protest was the kidnap of a health worker, Mansur Yusuf, and his daughter, neighbors of the late District head of Yantumaki by men suspected to be bandits on Tuesday morning.

The State Police Command confirmed the protest but assured its men were monitoring the situation, which it said was under control

Its spokesman, Gambo Isah, told newsmen the Commissioner of Police Sanusi Buba Sanusi has directed the area Commander Dutsinma to relocate to Yantumaki.

‘’The Command and indeed other security agencies are not leaving any stone unturned to ensure those responsible for the two recent crimes are brought to book.

‘’The CP has detailed Area Commander Dutsinma to relocate to Yantumaki as more senior officers are deployed the area to take care of the situation.”

The Nation reports a joint security operation to flush out bandits from the eight frontline local government areas of Katsina as ordered by President Muhammadu Buhari is underway in Katsina.