By Funso Adekitan June 13, 2020
Tottenham have suffered a double blow in their preparations for their Premier League match against Manchester United next week, after they lost to Norwich and saw a second friendly versus Reading cancelled.
Jose Mourinho's side will welcome United to the Tottenham Hotspur Stadium next Friday as they look to keep their dreams of Champions League qualification alive.

Tottenham go into the match eighth in the Premier League and without a win in six games after they crashed out of both the FA Cup and Champions League in March.

However, their preparations for the crucial encounter have been less than ideal after Mourinho's side fell to a home defeat against relegation-threatened Norwich on Friday afternoon.

Harry Kane made a positive return from injury in the defeat as an opening goal from Erik Lamela was cancelled out by two late strikes from Josip Drmic and Mario Vrancic.

Spurs had to change their plans for the friendly and ended up playing four quarters of 30 minutes after their second friendly match against Reading on Saturday was cancelled.

"It was a different match," Mourinho told Spurs TV. "We were supposed to divide our team into two and play another match tomorrow, but that was not possible.

"So I agreed with Daniel (Farke) to have this match of four periods, and of course when you get into the third and fourth period you start making lots of changes because in the end what we work tactically we do in the training ground, and today was more about competing.

"Very important to do it and end this last week without any injury, because we all know in these first matches, even the friendlies there is always a risk of injuries." 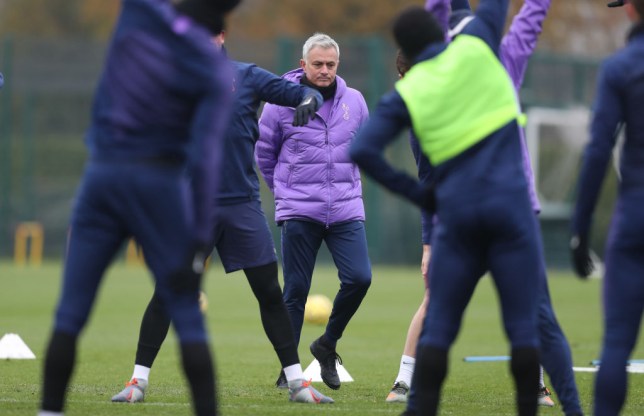