#BBNaija 2020: Erica confronts Nengi, speaks on why she gives her attitude in the house, Nengi reacts (Video) 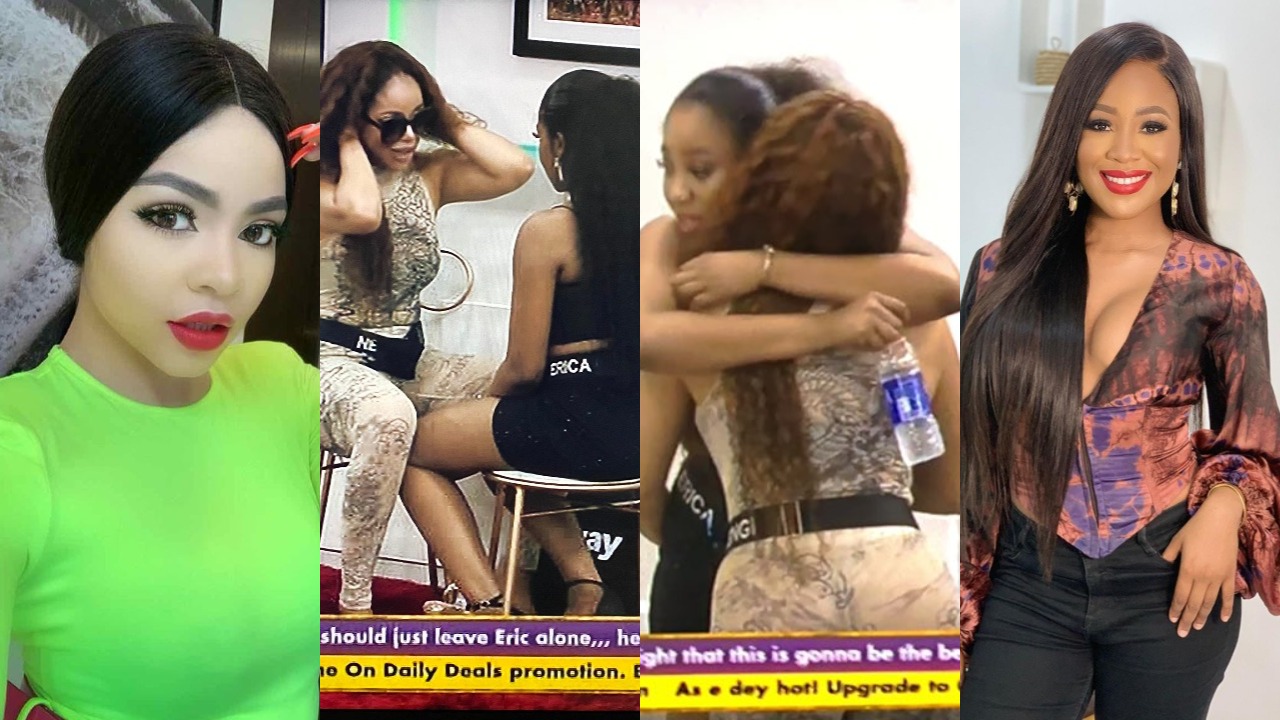 Saturday nights are no joke in Big Brother’s house and for the first Saturday night party, the Lockdown housemates were fixed to turn up to Sarz on the wheels of steel and a special appearance by Omah Lay.

Lockdown Housemate Erica after the party confronted Nengi on why she has been giving her attitude and avoiding her in the house whilst they should be besties due to the history between them.

Erica believes they had to be besties before anyone else due to the friendship which exists between them before the show. Recall Nengi revealed in her first diary session that she knows Erica personally before they met on the show. Nengi who has been accused of coming into the house with the intention of playing the game like Mercy Eke thought otherwise of Erica as she replied she is not giving her attitude, there are several times she had tried to talk with her but she finds her with Kiddwaya which she feels it would be an interruption, should she come in.

Erica understood her point and further talked of her relationship with Eric which surprisingly hit the rocks. According to Erica, she feels Eric avoided her because of his relationship with his newfound love, Lilo and again she feels alone. She told her why she cried the other night due to loneliness.

The ladies talked at length and promised to talk to each other should they have any issue with the other. They ended up hugging.

# Erica corners #Nengi to ask her why she has been giving her negative energy.....#Nengi says it's because #Erica has always been with #Kiddwaya that is why she hasn't had a conversation with her #BBNaijaLockdown