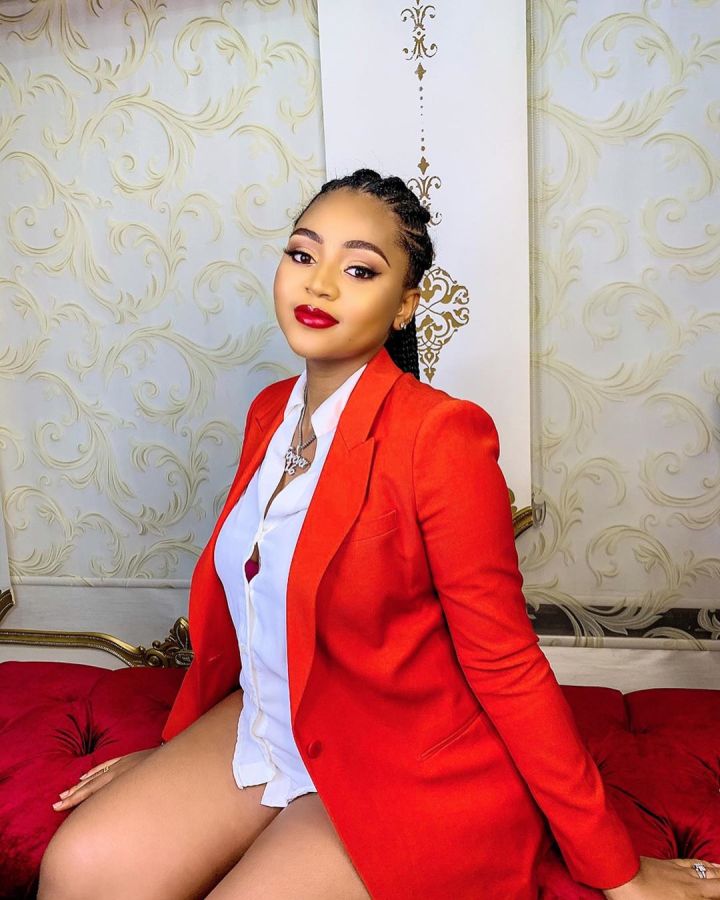 A clip making the rounds on social media shows the moment showed Regina Daniels angrily pushed one of their domestic workers into a pool over a minor disagreement. This incident scene occurred during the latest episode of her Our Circle reality show.

In the video which was recorded during Regina Daniels baby shower, the billionaire wife is seen arguing with one of her domestic workers near a swimming pool. Regina Daniels became incensed that the lady- identified as Sandra was

Regina Daniels later explained that ‘Pregnancy Hormones ’ got to her added to the fact that she does not like when things do not go he way.

She admitted she felt bad for her action and she made an effort to make things right.