A lady identified as Toromagbe Dinjadinja has laid claims against the husband of newly-married actress Lizzy Anjorin. The young woman took to her Facebook page to share a series of posts including photos to back up her claims.

A few days ago, it was reported that actress Anjorin got wedded to her lover in a private wedding ceremony attended by close friends and family.

Since the news of her wedding hit social media, the Yoruba film star has taken to her page to confirm the stories and even showered encomium on her man.

However, new details have emerged from the Facebook lady who identifies the actress’ husband as Adegboyega Lateef Lawal.

According to her, Lawal is married and he abandoned his five wives to get married again to the actress. She also noted that the man has three newborn babies from his wives.

In another post, Toromagbe questioned why Lawal left his wives to get married again. According to her, his fifth wife had a baby three months ago.

In other news, Dove Bulletin earlier reported that Lizzy Anjorin cursed Toyin Abraham after she shared hospital video from her childbirth.

Anjorin was blasted on social media after her colleague, Abraham, shared a video of her childbirth experience at the hospital to celebrate Mother’s Day.

The video put to rest the claims of Anjorin, who claimed the mother of one gave birth in a local traditional home.

She reacted to the video as she insisted that Abraham gave birth in a traditional home as she called her a liar. Anjorin also insinuated that the child, Ire, might be illegitimate as she mentioned that a DNA test should be done. 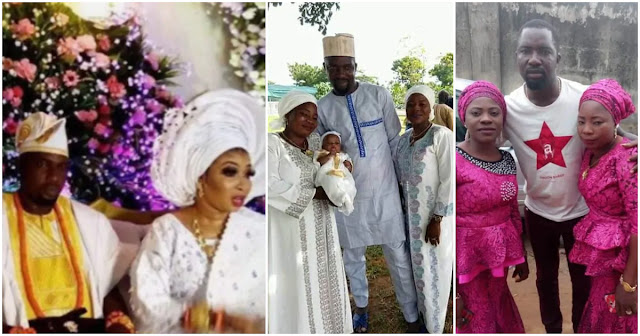