The photos of veteran actress Kate Henshaw have gone viral on the photo-sharing app, Instagram as she turns a new year.

The film star clocked 49 on Sunday, July 19, and she took to her social media page to share the good news. In the mood of celebration, the actress also shared lovely photos to celebrate her big day.

According to the actress, she is grateful to God for adding another year to her.

“Your unfailing love for me and your favour over me is palpable. I am grateful to Almighty God for adding another year to me. Not that I am perfect but you perfect all that concerns me.”

In other news, a Nigerian lady identified as Veronica Effiong has said she has had an amazing journey as a naval officer since she left journalism to become a naval officer.

Effiong took to her LinkedIn account to reflect on the career-changing decision she took a year ago.

Effiong said she had an amazing career in broadcasting for seven years but the Nigerian military has always held a funny mystery to her.

She wrote on LinkedIn: “The Nigerian military has always held a funny mystery to me, in that I find it easy to see more men in the military than women,I began my research on it and surely I found some interesting things.”

Meanwhile, Dove Bulletin previously reported that a beautiful young lady identified as Keilani A took to her social media page to celebrate herself after she bagged a doctorate degree at the age of 26.

Keilani shared photos of herself and noted that it was not luck but hard work that earned her such feat.

As expected, Twitter users took to the comment section to congratulate Keilani for bagging a doctorate degree. 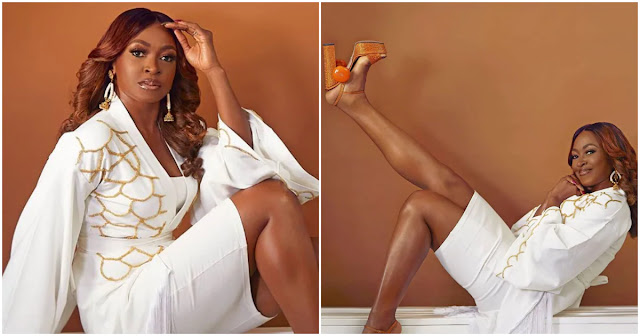