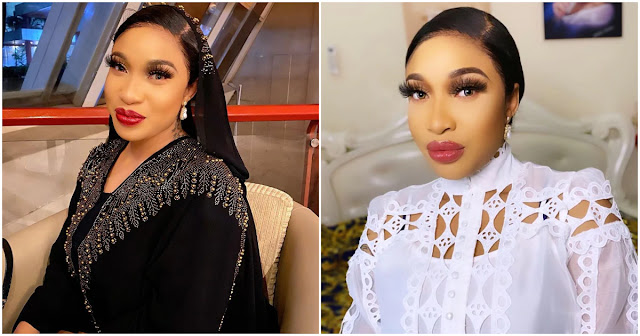 Nollywood actress Tonto Dikeh has shared her plans to help two women who are struggling to have children with the in vitro fertilization (IVF). The mother of one made her plans known on her official page on Instagram.

Narrating what inspired her desire to help women in these shoes, the actress stated that she had a dream in the early hours of Sunday, July 19.

She stated that in the dream, she saw that she helped two women by saving their lives. Noting that she doesn’t understand the meaning of the dream, the film star stated that she woke up thinking about IVF.

According to her, when she told an acquaintance about the dream, the person linked it to the medical reproductive procedure.

“I’m still trying to understand my dreams and visions but I would love to be a part of two women’s success stories who would want an IVF,” she said.

The mother of one went on to reveal that she has consulted two of her family members about it and they would be looking for good hospitals to work with.

“I’m overwhelmed with An uncommon feeling, My tears wouldn’t just stop. God, I don’t know where you are leading me to but I have never doubted your ability to see me through,”she said.

Tonto noted that she would leave an email where people interested can reach her on.

In other news, Dove Bulletin earlier reported that Tonto Dikeh wished herself a Happy Father’s Day.

The actress said she parented her son Andre all by herself and did it well.

She stated that action is the best thing in life as it proves who someone really is, adding that on the other hand, words also showed who they will want to be.

Tonto told her son that being his dad has been a great honour, and appreciated Andre for making her “Mr Mom”.