Fans of Big Brother Naija have expressed divergent reactions over the eviction housemates, Eric and Tochi from the show.

The ‘Lockdown’ housemates were evicted after scoring least votes on Sunday.

The housemates were asked to pick their least two housemates out of Kaisha, Tochi, Eric and Trikytee, who had least fan votes.

At the end of the selection, Tochi and Eric got evicted.

Reacting, some Nigerians on their Twitter handles blamed Lilo for Eric’s eviction.

Here are some comments gathered by Dove Bulletin from Twitter;

@Martial_250 “Congratulations Eric, at least you can follow Lilo outside and continue your love, couple goals wey mad.”

@Alwaystolj “Eric has been evicted so he and Lilo can reunite.”

@Funmishow “ Lilo just spoilt Eric’s game, she was always following him up and down, he didn’t get to show himself.”

@SophieOlufemi “Seeing the way these housemates rushed to bid Eric farewell after voting him out is the real definition of AYE N’IKA.”

@Iamfavourehis “Tochi leaving the house saying “It is what it is” made me feel bad.”

@LailaOlayiwola “Women are finally supporting women? Content I like to see. Make we no lie Kaisha is boring.”

@SteveCypha “Tolanibaj voted Eric and Tochi out and started crying immediately they got evicted. Fear Women.”

@Iamkingmonye “Last week, Eric dressed to mourn the eviction of his wife, Lilo, this week, he barbed his hair and wore white and white to mourn his own eviction.“ 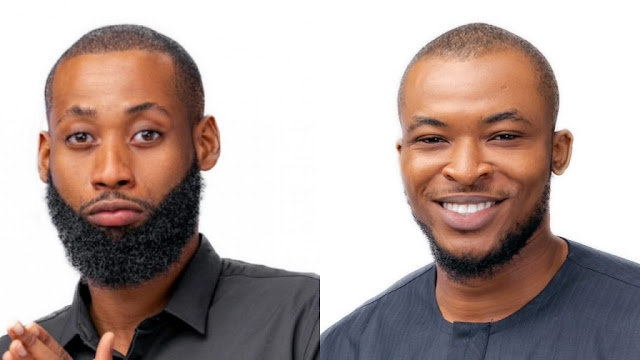