We looked at two ways United could line-up next season if they complete the signing of the versatile Dutchman.
This system would allow Ole Gunnar Solskjaer to accommodate each of his most potent attacking threats.

However, Matic offers a more experienced, stable option in his familiar role and there is an argument Van de Beek could be wasted in a holding role.

Solskjaer has utilised the narrow formation sparingly at United and has admittedly had little success with the system.

But the addition of Van de Beek would add a new dimension to United’s midfield and the Dutch international could thrive in a box-to-box role in a fluid midfield with Paul Pogba and Bruno Fernandes.

Van de Beek scored eight goals and registered 5 assists in the Eredivisie last term and has the ability to replace Fernandes in behind the forwards if the Portuguese playmaker is injured or in need of a rest. 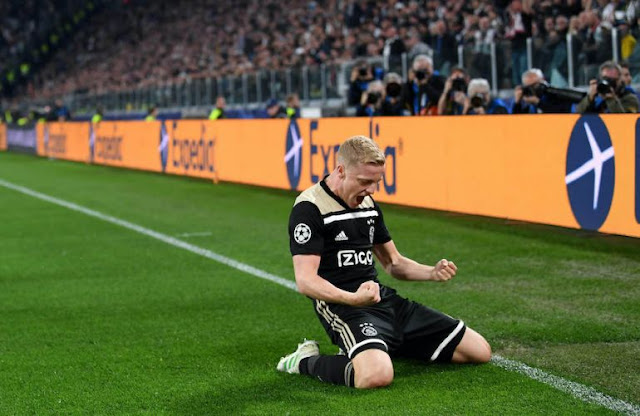