Van de Beek reveals his next destination to his teammates

Ajax midfielder Donny Van de Beek has been lately linked with the like of Manchester United and Tottenham. As reported earlier, the Dutch midfielder was eager to move to the Premier League instead of La Liga, where Barcelona was showing interest. It is now being reported by Sport that Van de Beek has told his teammates at Ajax that he will be joining United this summer.

In a surprising turn of events, Van de Beek wasn’t included in Ajax’s squad that faced Eintracht Frankfurt last night. This raised several eyebrows and Ajax manager Erik Ten Haag was asked about Van de Beek’s situation at Ajax. Ten Haag replied “There are indeed developments that keep him out of the selection. We will see what happens. We’ll make an announcement as soon as there’s some clarity.”

But it has now been reported that Van de Beek has already informed his teammates that he will be moving to Manchester United very soon. Reportedly he will travel to Manchester in the coming week and will soon sign for the Red Devils. The Dutchman was once again not a part of the squad today and is training individually prior his move to United.

Solskjaer will be very happy to have signed Donny Van de Beek as the Dutchman can play anywhere in the midfield and is very reliable. 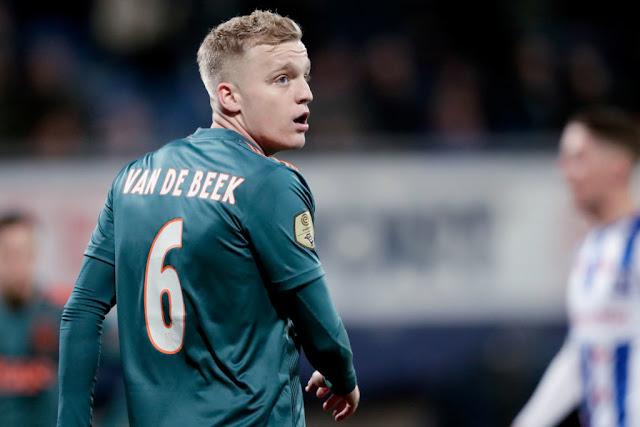