BBNaija: Being in the same group with Erica, Kiddwaya, Trickytee is recipe for disaster – Lucy tells Biggie 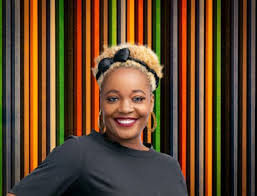 Big Brother Naija lockdown housemate, Lucy, has lamented the treatment she gets from the other housemates.

According to her, it is obvious that her fellow housemates do not understand her, thereby mistaking her for a troublesome person.

She told Biggie during her diary session yesterday that having herself, Kiddwaya, Erica and Trickytee in the same group was already a failure but the rest seem not to understand this.

Lucy complained things never worked out well when these persons are joined in one group for any assignment.

“There’s no time I, Tricky, Erica or Kiddwaya had been in same group and it worked,” Lucy said, complaining about their fight the previous day.

“Big brother, it was like a recipe for disaster and all of us were to be in one group. It was just not going to work.

“And they’ve already said… they don’t even want me in the group and then I was like, let me take myself out of the group.

“Every single time I’m having issues with these people and the worse part is not even the issues, but how they handle it afterwards.

“Kiddwaya said I’m difficult to work with. They just make it looks like I’m the craziest or difficult person to work with but it’s not like that. I work with people and don’t have issues with them.”