A former National Chairman of the All Progressives Congress, APC, Adams Oshiomhole, Edo Governor and candidate of the Peoples Democratic Party, PDP, Godwin Obaseki and Pastor Osagie Ize-Iyamu of the APC are currently in a peace meeting.

The meeting was convened by the Oba of Benin.

The Omo ‘N’Oba N’Edo Uku Akpolokpolo, Oba Ewuare II called the meeting ahead of the forthcoming governorship election in the State.

The election according to political analysts is majorly between PDP’s Godwin Obaseki and APC’s Ize-Iyamu.

Oshiomhole, Obaseki, Ize-Iyamu and other major political actors in Edo have, however, been summoned by Oba Ewuare for peace talks ahead of the election. 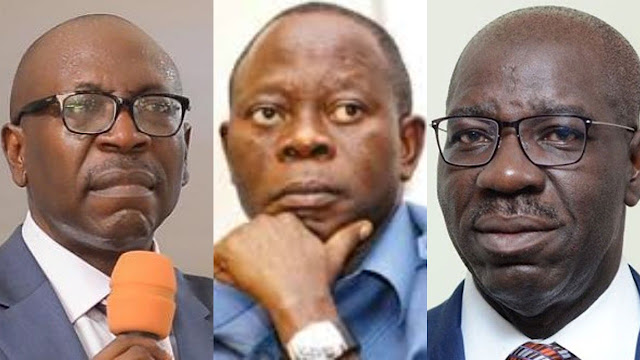