The police in Bauchi State on Thursday arrested a suspected serial rapist recently granted pardon by the government as a result of the coronavirus outbreak in the country.

The suspected rapist, one Yusuf Bako, according to a statement on Friday by the Police Public Relations Officer (PPRO) in the state, DSP Ahmed Wakili, was arrested for allegedly defiling a four-year-old girl at the Yakubu Wanka area of Bauchi metropolis.

The police image-maker stated that the said Bako, a 50-year-old man, upon being interrogated confessed to the crime, adding that he was arrested and imprisoned for a similar offences in 2011 and 2015 respectively.

“On the 03/09/2020 at about 1130hrs one Jamilu Abdullahi ‘M’ of Igbo Quarters reported at the Township Police Station that on same date at about 0920hrs, one Yusuf Bako ‘M’ aged 50 years of Yakubu Wanka Street Bauchi, lured one Hauwa’u Jamilu ‘F’ aged 4 years to a mosque located at Aminu Street and “had carnal knowledge of her.

“Subsequently, the said Yusuf Bako was arrested, and he confessed to the crime.

“When interrogated, he stated that he was arrested and imprisoned sometime in the year 20011 and 2015 for similar offences.

“Further, he claimed to be among the fortunate inmates recently pardoned by the state on the eve of coronavirus,” the PPRO stated.

He, however, called on the people to always give the police vital information that can ease their (police) job of stemming all forms of crimes in the state. 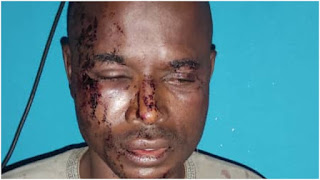