Babalegba joins other legends in the Yoruba film industry who have died this year.

The news of the legend’s death was shared on Facebook by late Baba Sala’s son, Adejumo Boisala Emmanuel.

Emmanuel did not share what led to the death of the veteran, however, he noted that the Yoruba film star gave up the ghost in the early hours of Monday, September 7.

Actor Yomi Fash-Lanso, the director of media and public relations of Theater Arts and Motion Picture Producers Association of Nigeria, who confirmed the news of the death of the veteran actor.

He noted that he would be buried by 4pm on Monday, September 7, according to Muslim rites.

According to him, the late actor was a friend and supporter of his father until his death. He revealed that Babalegba joined Alawada Theatre Group in 1974 and was playing comic roles along with Baba Sala. 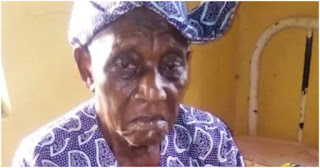