Real Madrid have joined the race to sign RB Leipzig defender Dayot Upamecano next summer, according to reports.

After completing the signing of Donny van de Beek, MEN Sport understands that United are working on up to three more deals before the October 5 deadline.

Although Ole Gunnar Solskjaer hasn't ruled out strengthening his defence and the club are monitoring a number of left-backs, attacking positions have been prioritised this summer and Jadon Sancho remains the top target.

A new centre-back could be on the agenda next summer, however, with Chris Smalling and Marcos Rojo both possibly leaving Old Trafford in the current window.

United have been heavily linked with Leipzig's impressive young centre-half Upamecano, who played a crucial role in the Bundesliga club reaching the Champions League semi-finals for the first time in their history last season.

The 21-year-old signed a new contract with Leipzig earlier this summer and manager Julian Nagelsmann recently made it clear he will stay with the club for the coming season, though he did admit that he could leave after that.

The 30-year-old has been training individually at Carrington ahead of a potential departure, and is keen on a move back to the Italian capital after enjoying a successful loan spell there last season.

According to Gazzetta dello Sport, Roma have made a new offer of €12-13million and hope that will be enough to bring him to the Stadio Olimpico permanently. 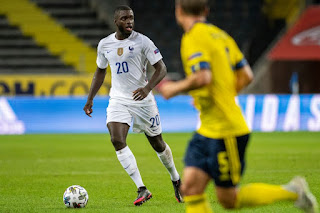