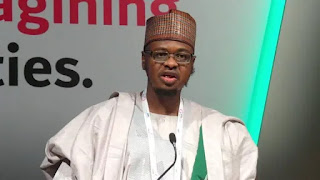 The federal government has waded into the face-off between Nigerian Postal Services (NIPOST) and the Federal Internal Revenue Service (FIRS) over stamp duty.

In August, the agencies had a public squabble with reference to duty collection.

The verbal war followed disagreement on which agency is saddled with the responsibility of implementing the Stamp Duty Act.

Organised labour and some civil society organisations have opposed the policy.

Speaking to PRNigeria’s Economic Confidential, Minister of Communications and Digital Economy, Isa Pantami, condemned what he described as usurpation of NIPOST’s job.

Pantami disclosed that he intervened after the matter became public and realised that NIPOST’s name was replaced at the National Assembly.

The revelation means that FIRS was secretly inserted in the bill.

The minister said even the Minister of Finance was not aware of the “strange” occurrence.

He said: “I wrote to and discussed with the Minister of Finance, who supervises FIRS, and I pointed out the wrong that was done to NIPOST. I contacted the Attorney General of the Federation (AGF) to give his legal opinion on the matter. I also reported the issue to the President with relevant documents.

“I am aware that NIPOST initiated the bill of stamp duty. The staff did everything to the National Assembly and defended the bill to the extent that the minister of Finance officially endorsed that NIPOST was to collect stamp duty. When the bill was in the process of being approved, NIPOST started collecting stamp duty. And they collected over N50billion naira in their account in CBN.

“A day before the final decision on the bill at the National Assembly, something strange happened without the knowledge of the Minister. NIPOST’s name was substituted with another institution, and the following day, a decision was taken. I am not worried about some institutions collecting money, it is just that I cannot tolerate injustice.

“NIPOST, with a staff capacity of over 12, 000 in Nigeria, they don’t get even 1 kobo from the federal government for any capital project. That is why all their offices are dilapidated.
And after they came up with the process of digitalizing their activity, some people decided to take the joy away from them,” he concluded.