Manchester United fans have been excited by the prospect of signing Real Madrid’s Sergio Reguilon and it seems there’s plenty of reasons why.

The Spanish defender’s attacking ability in particular is what supporters want to see more of at Old Trafford.

Luke Shaw is better known for his defensive capabilities than his attacking which was even more evidenced by his occasional performances as a left centre-back for United.

Reguilon would offer something different for Ole Gunnar Solskjaer and it’s something fans want to see more of from their players.

One of the most important aspects of attacking play from the flanks is a player’s ability to cross, which is brilliantly mapped out below by Twitter account UtdArena.

It’s clear to see the variety in Reguilon’s crossing ability which is something that would make him invaluable to whoever he joins.

Whether his teammates need him to cross early, from the byline, high or low, the young full-back has it all in his locker.

This should mean, in theory, that he would be able to adapt to any attacking instructions he receives from Solskjaer.

The latest updates on Reguilon suggests he will almost definitely leave Madrid this summer and it’s up to those interested in him to convince him to join. 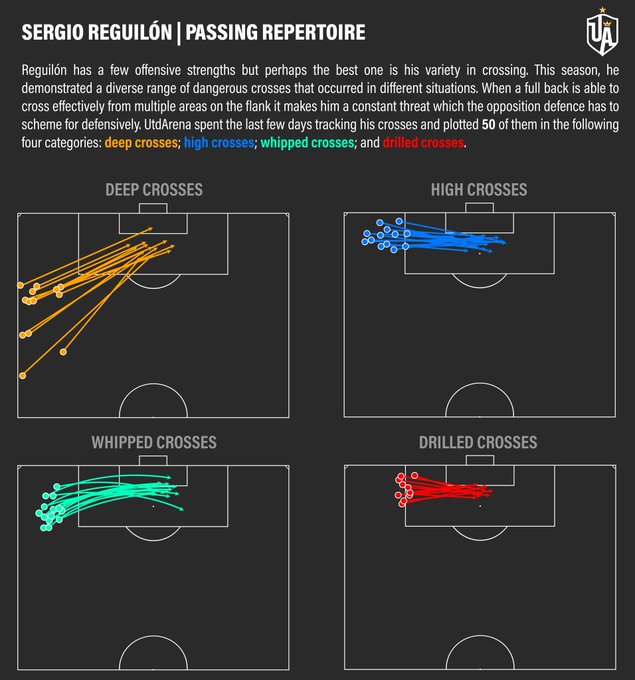