Portugal coach, Fernando Santos, has said that captain, Cristiano Ronaldo must recover fully from his toe infection before he would feature for the team again.

Santos also said that Ronaldo would travel with the Portugal squad in their next UEFA’s Nations League fixture against Sweden on Tuesday.

Recall that Ronaldo was forced to watch his nation defeat Croatia from the stands, due to a toe infection that has been likened to a bee sting.

Joao Cancelo, Diogo Jota, Joao Felix and Andre Silva all scored for Santos’s side against Croatia.

Santos told RTP: “I wasn’t resting him [Ronaldo]. If he was in good shape, he’d have been [in the starting XI] able to play the game.

“Today he trained, feels better and, at the moment, he’ll travel to Sweden. Then we will see.

“There is no injury, but he has to recover from that infection.” 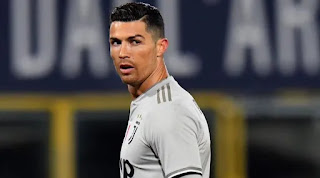